Trace Young has all the signs of a future high-major player as he’s a 6’8 wing who makes shots, sees the floor and passes well with the ability to handle the ball under pressure. His size and skill package make him a terrific prospect for the next level.

He has a very solid mid-range game; he understands when to drive to the rim and when to pull up before the defender can contest his shot. He is a consistent threat from behind the 3-point arc; he showed good shot selection in not forcing many contested shots resulting in a good field goal percentage. Young is a player who will attract a lot of attention this summer

Southeast Elite forward Kevin Morris has attracted the attention of many college programs around the country. Morris has recently picked up offers from Miami-Ohio, Rice, North Florida, Troy, Samford, Cornell, Brown, Yale, and UL-Monroe. Morris sports a 3.4 GPA to go along with a 24 on the ACT, he is a player for high major programs to keep an eye on this summer. 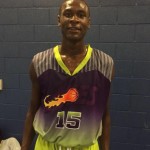 One of the Hottest players during the April Evaluation period was Charlotte Aces wing Alston Davis. He is a long and athletic swingman, Davis scores by filling lanes in transition, slashing to the rim, or pulling up in the mid-range area. He plays with great energy and urgency at all times. He is strong enough to score through contact and finish or draw fouls. It’s easy to see why high major schools are all over him. 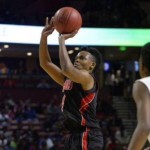 Parks is extremely quick with the ball; he utilizes his outstanding ability to change speed and direction. He is very difficult to contain in transition when he gets a full head of steam going. He is a scoring point guard that shoots the ball well on pull up jumpers in transition or off of ball screens. He is a good passer that understands how to draw the defense and pitch or patiently feed the post. Parks will be a hot commodity during the July evaluation period.

Nickelberry at 6-7 is a skilled combination forward that can flat out shoot the ball. He has a pretty stroke and knocks down open three’s and mid-range shots off the catch with regularity. He does a good job reading penetration and screens as he spaces to an open area. Nickelberry will attract a lot of attention from high major programs this summer.

Dixon is a big time athlete who is transitioning from the post to the perimeter. He really has a nose for the ball and is a very good at scoring in transition. He plays with a ton of energy and really has a good motor. High major programs will be all over Dixon before the summer is over. 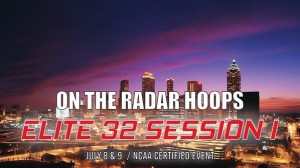 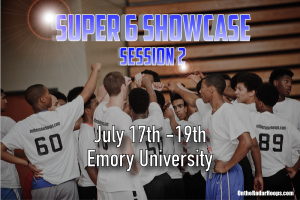