This month the Board of Selectors for the Naismith Trophy released their preseason watch-list this month. Fifty prospects were selected as the nation’s top players to track during this high school season. The #OTRHoopsReport has three selectors on the committee, including Brandon Clay the chairman. This week we sit down to discuss the list and which players grab our attention.

Who is your favorite to win the award this year?

Winning the Naismith Trophy Player of the Year takes the combination of playing a national schedule and being the premier player in the land while doing so. That said, RJ Barrett of Montverde Academy is off to a fantastic start to his 2017-18 campaign. Having moved up a class to enroll at Duke next fall, we’ll wave goodbye to Barrett a year sooner than we imagined. His progress is a lot like current Blue Devils freshman Marvin Bagley III in that Barrett’s talent allowed him to stay at the No. 1 position even with a move up the ladder in class.  – Brandon Clay 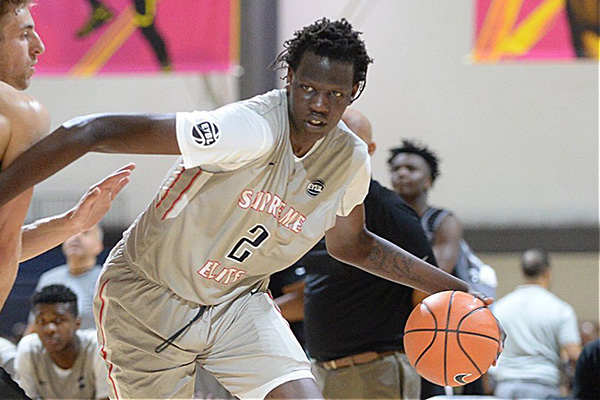 Looking at recent history, the past three winners (Ben Simmons, Lonzo Ball and Michael Porter Jr.) were the best players are the nation’s top team. I believe that Bol Bol has a great chance to follow in those footsteps by transferring to Findlay Prep. USA Today pegged the Pilots at the No. 1 team in their preseason rankings with the addition of the 7-3 center. Bol has incredible skill for a player his size. He can shoot with range while also setting up teammates with passing (Click here for our evaluation of Bol Bol from May of 2017). If he performs close to his ceiling this season, Bol will have the biggest impact upon the high school game as anyone in the country. — Jonathan Hemingway 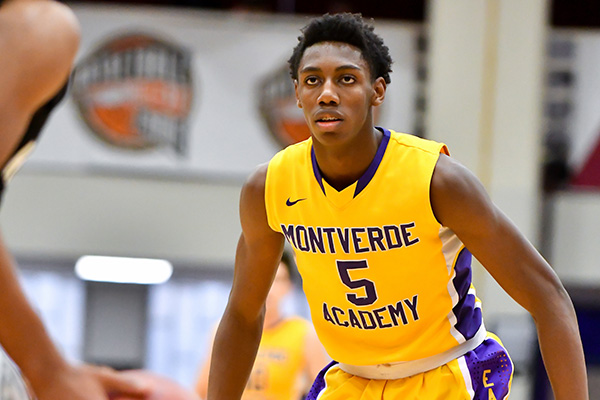 Each class has a prospect that is willing to do anything to win. For the class of 2017 it was Alabama freshman Colin Sexton, For the class of 2019, it appears to be RJ Barrett. Since reclassying to the 2018 class, Barrett has been tabbed as the nation’s top senior while playing for one of the top programs in Montverde Academy in Florida. Barrett is one of the most unique players in the country. He can impact the game at both ends of the floor due to his skill set and physical approach. — Shun Williams

Which player on the list made the biggest jump over the past 6 to 8 months?

It’s hard to argue that anyone’s stock has risen more than Class of 2018 guard Tyler Herro of Greenfield, Wisc. The smooth, sharp shooting prep saw his production at USA Basketball turn into an offer from Kentucky. Herro’s ability to put the ball in the basketball reminds me of Duke senior standout Grayson Allen in his high school days. Herro can let it fly from beyond the 3-point line but has enough creativity off of the dribble to make himself a factor in that regard as well.  – Brandon Clay 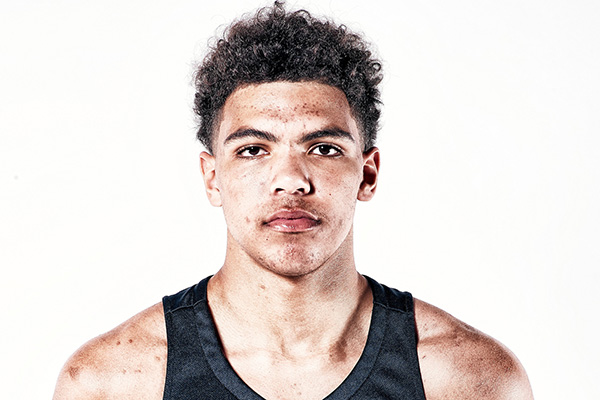 I look at Taeshon Cherry of San Diego, California, as a player who has ratcheted his game up a level this year. My first look at Cherry came in 2016 on the EYBL circuit with the Oakland Soldiers. In that setting he appeared to be feeling his way into the situation. A year later he was clearly an alpha for the Soldiers and established himself as one of the premier players at his position (Click here for our evaluation of Cherry in May of 2017).  At 6-10 he has ideal length for the front line, but also has the skill level to face the basket from the perimeter. Southern California will get a kid who has a chance to develop into a NBA forward and thus the reason why he landed on the Naismith Watch-List. — Jonathan Hemingway 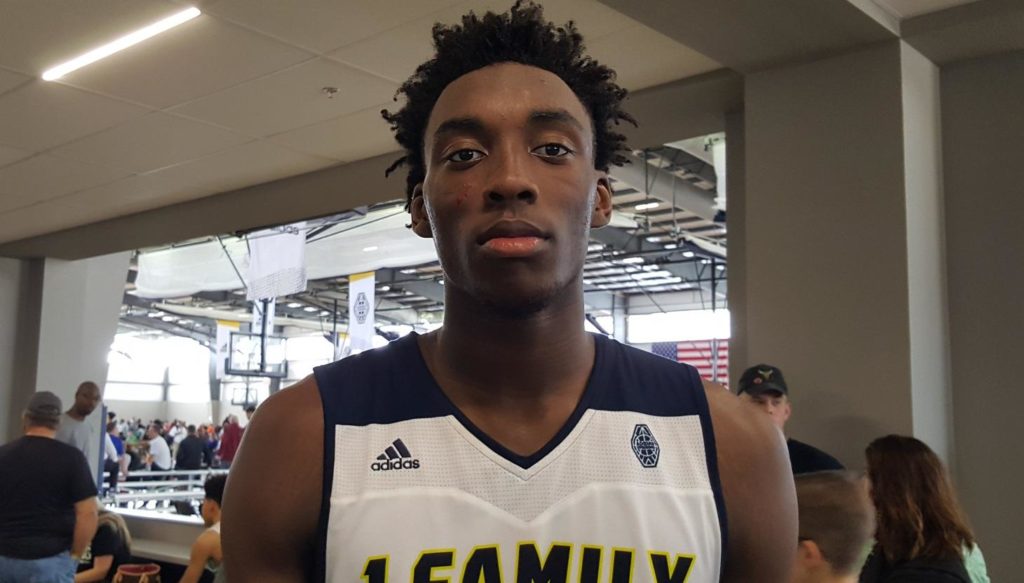 There may not have been any prospects who improved their stock as much as Nassir Little did this year. He looks like a polished top ten prospect nationally who could very well end up being a future lottery pick in the 2019 NBA Draft, I love the direction his game is heading. — Shun Williams

Which underclassman do you believe has a great chance to make the All-American team at year’s end?

Class of 2019 guard Ashton Hagans of Covington, Ga., has shown himself to be one of the nation’s premier prospects overall. Hagans size, skill and athletic ability lends themselves to making him an underclassmen we’ll keep close tabs on all the way through the final voting. His play at the Holiday Hoopsgiving last week has him on track for a stellar 2017-18 season.  – Brandon Clay 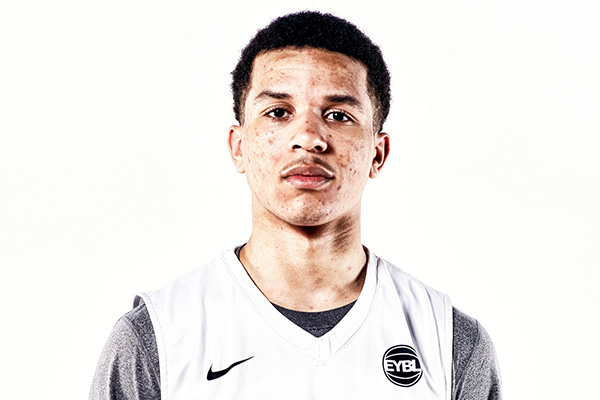 Class of 2019 Cole Anthony of Archbishop Molloy High School (NY) looks to be one of the top point guards in the nation regardless of class. He is superb athlete with a fiery competitive spirit. These qualities are not a surprise given the fact that he is the son of UNLV great Greg Anthony (Click here for Anthony’s performance at the Hoop Hall Classic from January of 2017). Anthony’s ability to score the basketball is special. However, he has the potential to be an equally effective play-maker for others. — Jonathan Hemingway 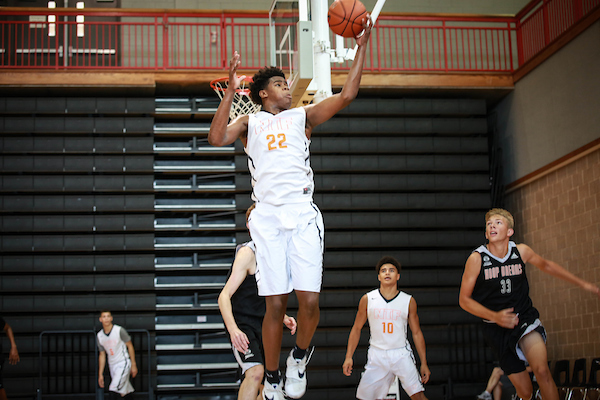 Vernon Carey Jr of The University School in Florida is one of the elite big men in the 2019 class with his combination of size and skill level. This physical low post scoring machine takes his toll on defenders. He bangs with his big body and wares them down throughout the course of the game. We are talking about a player who has the physical tools and size to dominate now and in the future. — Shun Williams